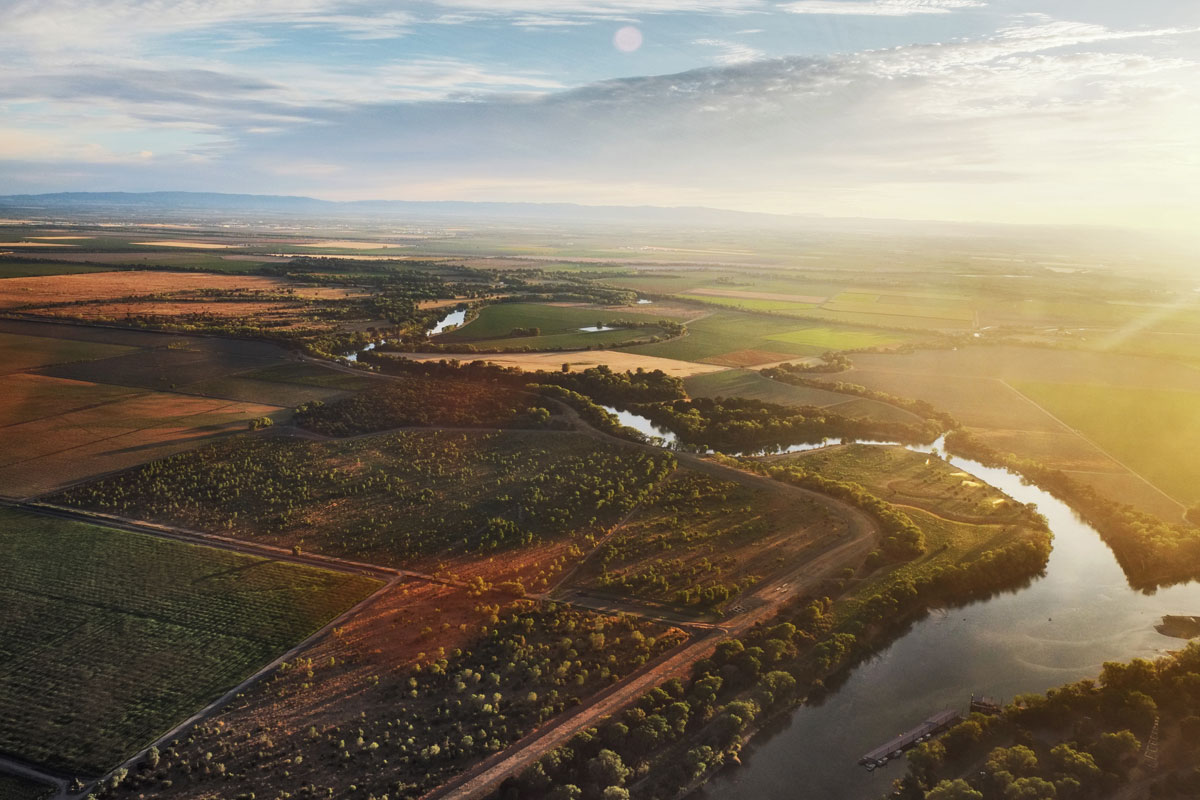 What are Voluntary Agreements?

Hundreds of organizations either depend on or have a say in the management of the Sacramento-San Joaquin Bay-Delta. And all those organizations agree that the Bay-Delta is troubled, especially in terms of its native fish species such as salmon and Delta smelt. A large coalition of those organizations – federal, state and local agencies such as water and irrigation districts, along with farmers – have united behind comprehensive plans for protecting the Bay-Delta from further environmental harm, while providing adequate water supplies for farms and cities.

These plans are called Voluntary Agreements. They propose a historic suite of integrated actions that are far broader than the flow-only approach proposed by the State Water Board staff. These agreements integrate flow and non-flow assets, using science-based decision making and measures to improve fish and wildlife. They also commit signatories to funding research and habitat restoration, with plans for restoring 60,000 acres of habitat for fish and wildlife.

When and how can Voluntary Agreements work to improve the Bay-Delta?

Once approved by the State Water Board, work to expand existing habitat restoration projects and add new ones can begin immediately. Water agencies involved in Voluntary Agreements stand ready to take action, which includes timing cold water releases from reservoirs to coincide with incubation periods for salmon and steelhead eggs, a management approach that benefits salmon and is also detailed in recently released federal biological opinions. Additionally, major progress is being made that demonstrates the potential of restoring historic floodplains which once played a pivotal role in the salmon lifecycle. That work will continue on a more coordinated, comprehensive scale with Voluntary Agreements.

What are biological opinions?

Updated biological opinions that would regulate the coordinated long-term operations of the Central Valley Project and State Water Project, specifically the operation of pumping water from the Bay-Delta, were recently released by the U.S. Bureau of Reclamation, U.S. Fish and Wildlife Service and National Marine Fisheries Service.

The new biological opinions update 10-year-old science and improve our understanding of the Bay-Delta, how to better protect its fishery and ecosystem, and actions we can take now to minimize the impact on fish populations from pumping Bay-Delta water.

Do these biological opinions weaken regulations in place to protect fish?

Continuing to employ old science that emphasized river flows over all other factors will ensure the same poor outcomes we’ve experienced during the past 10 years. Salmon and steelhead populations have continued to decline, the Delta smelt is virtually extinct and water supply resilience has suffered. With advances in science since 2008 and 2009, we stand a much better chance of attaining new outcomes with positive results for Bay-Delta health and water supply reliability – results that are attainable through Voluntary Agreements. If we have new science, better tools and more understanding of how the Bay-Delta originally functioned, and how we can restore some of that natural function, then why not put it to work?

If Voluntary Agreements call for habitat restoration projects, how will they be funded?

Funding will come from a variety of sources, including some self-funded projects from public water agencies and their users. The current state budget allocates $70 million for implementation of the Voluntary Agreements. In addition, total estimated contributions to a Water Revolving Fund will be $425 million. Total estimated contributions to the Science and Structural Habitat Fund will be between $262 and $314 million. This is funding that will pay for physical habitat restoration along with continued research into advancing the recovery of imperiled fish species such as salmon and Delta smelt.

How will it work to protect the Bay-Delta proceed without Voluntary Agreements?

About the same way it has during the past decade, with an over-emphasis on increased water flows as a cure-all, instead of a comprehensive approach that includes flows, but also supports habitat restoration and further scientific advances in resolving challenges within the Bay-Delta. Farmers and the irrigation districts serving them, whose groundwater supplies are already impacted through the Sustainable Groundwater Management Act, will feel left with no other choice than litigation to stay in business.

The absence of Voluntary Agreements in any Delta solution will also adversely impact California’s Water Resilience Portfolio, a roadmap on 21st Century water use in the state called for by Gov. Gavin Newsom earlier this year. Without Voluntary Agreements, there is no viable path for the Portfolio to succeed, meaning that California water use will continue being decided in the courtroom instead of comprehensively through collaboration between local, state and federal agencies, conservation groups, farmers and non-governmental organizations.